If ever there was part of Universal Studios Singapore that I was looking forward to seeing it was the ‘Ancient Egypt’ zone.  From what I had seen on the web it was going to be like walking into my own book and I definitely wasn’t disappointed. For me, this was the most authentic looking part of the park.

This zone has some amazing huge statues and awesome buildings which dwarf those who walk past them. I’ve never been to real Egypt (it’s on my ‘must do’ list) but what has been built here looks so authentic and the attention to detail is marvelous.

Revenge of the Mummy 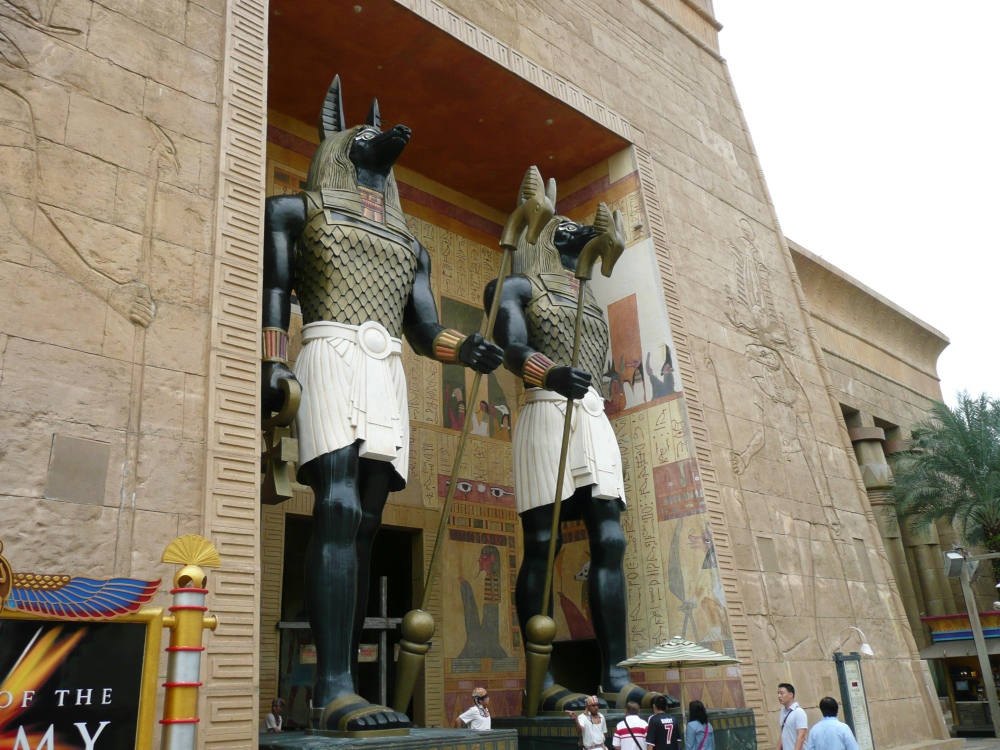 The main ride within this zone is ‘Revenge of the Mummy‘.  I have been on the one at Universal Studios Hollywood and absolutely loved it.  You enter the huge building between the two giant statues of Anubis and proceed through a maze of narrow passageways that are decorated with hieroglyphics, artwork, and artifacts.  The story of the mummy is introduced to you as you move through the darkened passages full of anticipation.  Once you reach the ride you are seated and buckled into the ride vehicles with other eager riders. 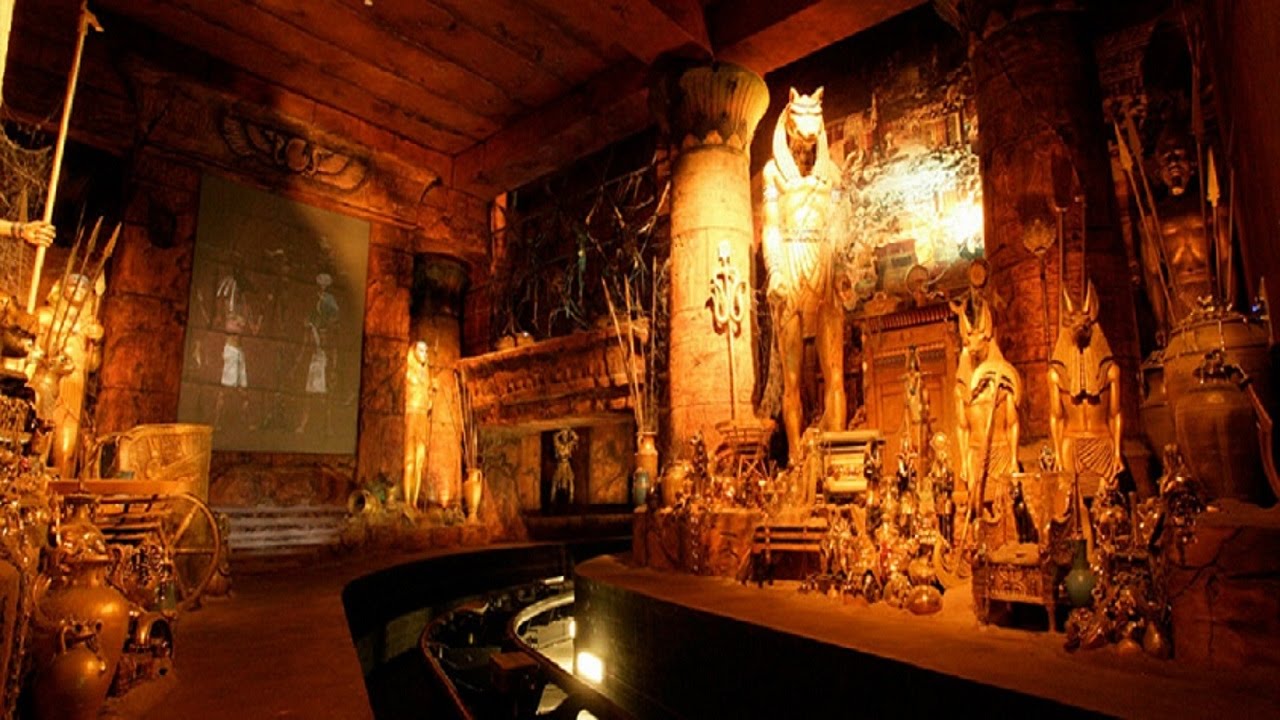 The journey begins and you head through brilliantly crafted areas that include treasures, baddies, and fire. From there it’s backward into the mist before you are catapulted forwards and it’s then that the real thrill begins.  This is an indoor roller coaster in the dark. Flashes of evil light and fog punctuate the darkness as you fight to contain your excitement. There are plenty of twists and turns that catch you by surprise.

I rode this one on my own.  My son had memories of the Hollywood ride (which had a lot of backward riding in it) so he chose to give it a miss.  I did have a couple of hiccups though. My first attempt I was seated in the front seat ready to go, but there was a technical problem so they closed the ride and we missed out.  On my second attempt, I had a great ride – woohoo!  On my third attempt the ride stopped just before we were to be hurled back into the mist for the coaster portion – after sitting patiently for 5 minutes listening to ‘we’ll be back on track soon’ announcements, the lights came on and we were ‘rescued’ by crew and escorted out a back entrance. My fourth attempt was another successful ride – woohoo again!

Don’t let these hiccups stop you from taking the ride if you get the chance. If I had more time I would have been back on board again and again and again.  This has to be one of my favorite rides ever – it’s right up there with Indiana Jones at Disneyland Park California. 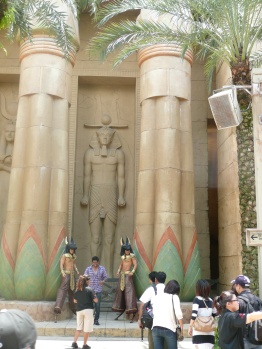 Another part of this zone had a ride called ‘Treasure Hunters‘ that was suitable for smaller kids, and we rode on this one a few times as well. In this ride, you are in small old style jalopies that take you around an Egyptian landscape complete with cobras, leopards, scarabs, and artifacts. My youngest loved this ride as she got to ‘steer’ the car.

I obviously loved the Egyptian zone as I was in my element – I was in my book. It had great temples, huge statues, Anubis, tunnels and mazes, mysterious passageways and relics – all of which are in my JJ Sterling series.

Fast forward a few years and they may even have JJ Sterling in the their souvenir shop (in my dreams).

Oh … and on meeting Anubis (below) – it was just like catching up with an old friend.