In my opinion, Magic Kingdom is the big sister of original Disneyland Park in California. It has basically the same layout but it’s bigger. This park has that traditional Disney feel and consists of Main Street U.S.A., Adventureland, Frontierland, Liberty Square, Fantasyland and Tomorrowland. All of which have been favorites to millions of visitors over the years and contain a great selection of entertainment and rides.

Every time I visit a Disney park I’m so impressed with the level of detail, the beautiful gardens and the cleanliness. As soon as a leaf jumps from a tree to the ground a smiling Disney cast member swoops in from nowhere and sweeps it up.  It wouldn’t surprise me if they have a retirement centre for elderly leaves hidden away somewhere.

As expected, Main Street was scattered with elaborate holiday decorations that my wife wanted to bring home. It took a bit of convincing that we didn’t have a lamp-post at home to hang this wreath from, but finally she agreed with my logic. So, to compensate we decided to pick up a coffee and cake and charge up ready for the day ahead.

If you want to see some great cakes and snacks, then make sure you check out what Disney offers (but don’t expect anything less than a full-on sugar overload).

It was such a shame to eat poor, Olaf… but he was delicious, and it was his job to be eaten 🙂

As the day elapsed, the crowds increased to a level where there were plenty of people, but nowhere near as many as we’ve seen during the summer season. Scores of die-hard fans wore odd-looking hats, little princes and princesses were everywhere, and whole family groups travelled in packs wearing identical t-shirts like ‘Simpson Family Holiday Tour’ or ‘Disney or bust 2014’ (click here to see what I mean). Scooters and strollers seemed to multiply like rabbits and the were some pretty sizeable stroller parks outside the rides.

Fantasyland has undergone a recent expansion, which  has added some truly unique experiences that aren’t offered in California (ie. The Seven Dwarfs Mine Train, Belles’ Castle and the brilliantly themed adjoining areas).

One thing that we wanted to do was dine at the new Be Our Guest Restaurant, but potential travellers be warned, it books out months ahead. Unfortunately we missed out on getting a table. It was such a shame, because we’ve heard great things about the theming and food, as well as the great service.

Like me, my kids are huge ride fans, so much of our time was spent heading from one ride to another with random snacks of Churros, Mickey Ice-cream Sandwiches and drinks along the way. We’ve been to enough theme parks over the years to know how to manage and deal with long ride waits.

FastPass+, which was included in our tickets, was a great tool to help avoid the long lines. It allowed us to ‘book’ ahead for three of the most popular rides for the day. In between bookings we were free to roam and take advantage of other rides that had short lines. Of course, we loved all of the big name favorites, like Space Mountain (although I think the one in California is better), Big Thunder Mountain, Splash Mountain, Pirates of the Carribean. We missed out on the Haunted Mansion, though, as it was closed 😦

If you want to make the most of your time in the park, it’s all a matter of looking for the places away from crowds. Parades are a magnet for people, so if you head to places away from the parade you’re bound to find something that’s normally packed. And try not to arrive in an area that has shows just when it ends and the masses are exiting. They’re all going to stop at the first things they see, so you could find yourself trapped in a wave of people and swept into something that you hadn’t planned to do. Another tip is to keep an eye out for the many short cuts and quiet areas that are scattered around the park. Some of them can make it seem like you’re almost the only people in the park. It’s a nice break.

The free Wi-Fi in the park was great too, especially for visitors from another country who didn’t want to have a huge bill shock for roaming charges when we got home. FastPass+ worked well and the free App even allowed us to reschedule and change our FastPass+ plans along the way. As the guide maps below show, there are just under one trillion attractions to choose from.

One extra event that we wanted to attend was Mickey’s Christmas Party, so we purchased tickets a couple of months in advance  ($$$ in addition to our park tickets). The spin was that it was an exciting and spectacular exclusive party event on selected evenings during December. It promised ticket holders access to the entire park after the normal closing time, with special Christmas entertainment, fireworks and some special food and drinks.

Unfortunately, we had a terrible night and feel that we blew our dough straight into Disney’s pockets. It was super crowded, even worse than I’ve experienced at any Disney park in the summer peak season. I feel that Disney got it wrong. They forgot about the customer experience and sold way too many tickets, which made it next on impossible to partake in any of the included food and drinks, or to see any of the entertainment. It was like we were in a giant tin of sardines, ready to burst as soon as the seal on the tin was broken. Most of the big name rides were also out of action for much of the night as well. So you arrive at a ride – it’s closed – move to the next ride – oh, it’s closed – move to the next one – sorry, it’s closed.

(Rant time) Don’t you hate it when you find a spot, sit there for over an hour before the show is due to start, then as soon as the first note sounds the people in front of you hoist their kids onto their shoulders, blocking the entire show for anyone behind them. And when you’re in such a confined space there is no way to escape or move to try for an altered view. You just need to wait it out, look down at your toes and listen to the music. I’m over 6 feet tall, and always conscious of blocking views in movie theatres etc., so if I couldn’t even see the show it must have been even worse for shorter people, and impossible for kids. Why do some people have no thoughts of others around them? I was a tad annoyed and my kids didn’t get to see any of the show. It was a huge disappointment for them. I don’t believe this would have had such an impact if the crowds were at a reasonable level, and it was possible to exhale and move slightly to alter our view. It’s the only time I can remember that Disney have missed the mark.

To top the night off, just before the fireworks, it started raining and didn’t stop for the rest of the night. I know the weather is beyond even Disney’s control, but with all the other disappointments of the night it was just like the icing on the cake. The tickets were an expensive night out for a family of four and definitely not good value (Rant over).

Some final words (and pics)

(Smiling again) I could rave on about the Disney experience and the wonderfully consistent Disney service (except for Mickey’s Christmas Party) that you get from cast members (without the expectation of a tip), but I think the best way to show the beauty of this park is in photos. So here are a few more of my favourites from our visit (I’ve got a thousand more where they came from). 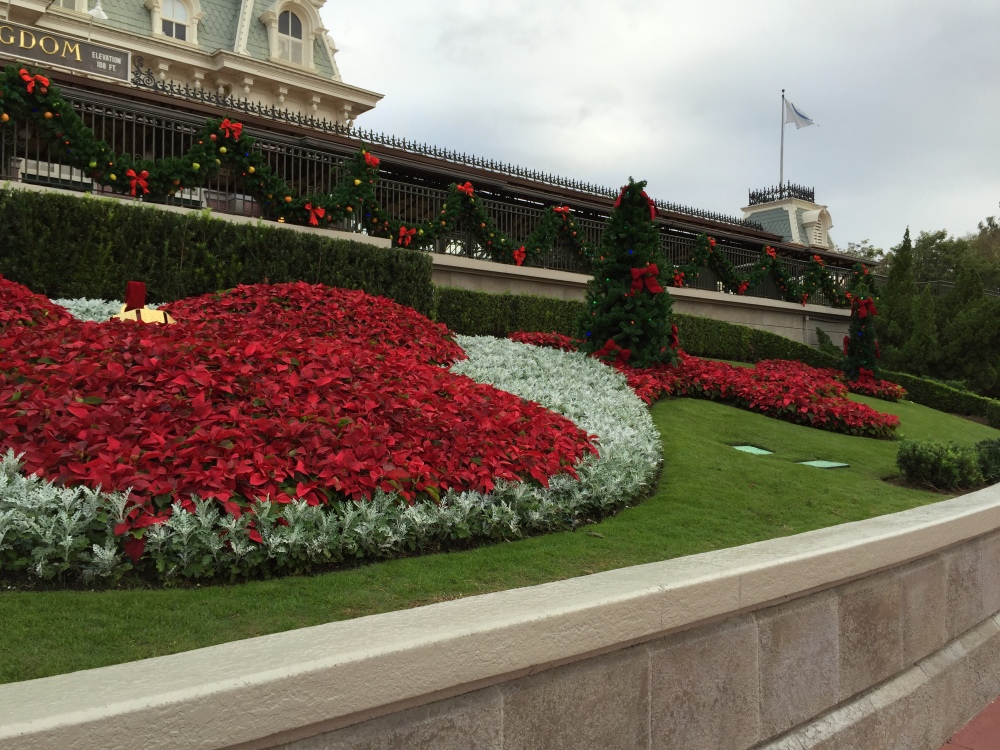 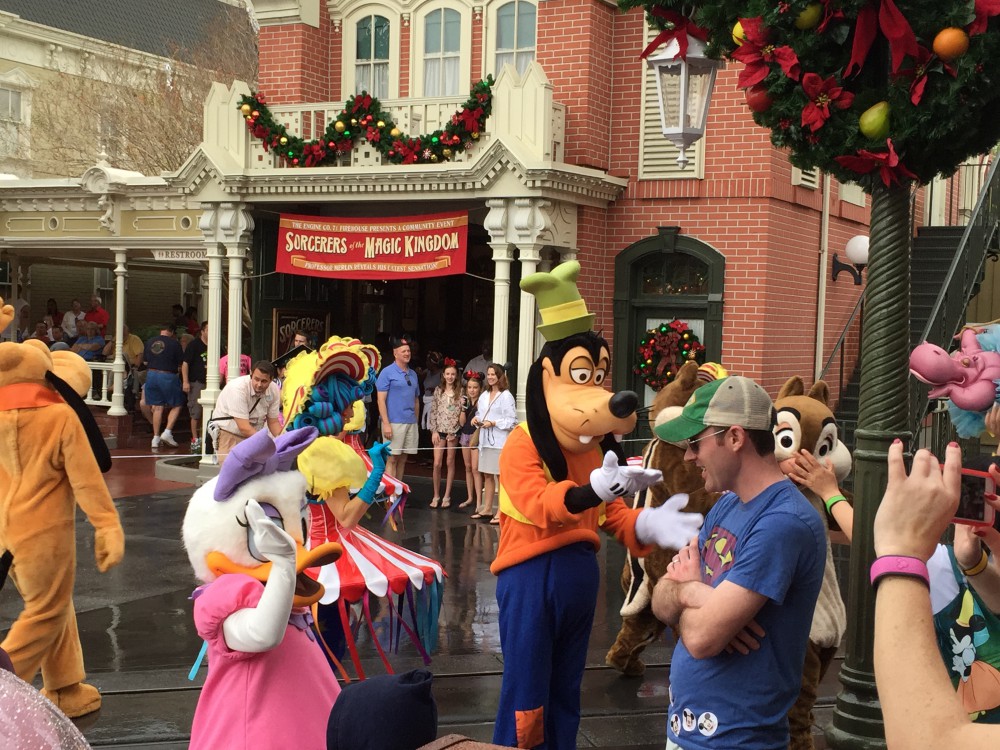 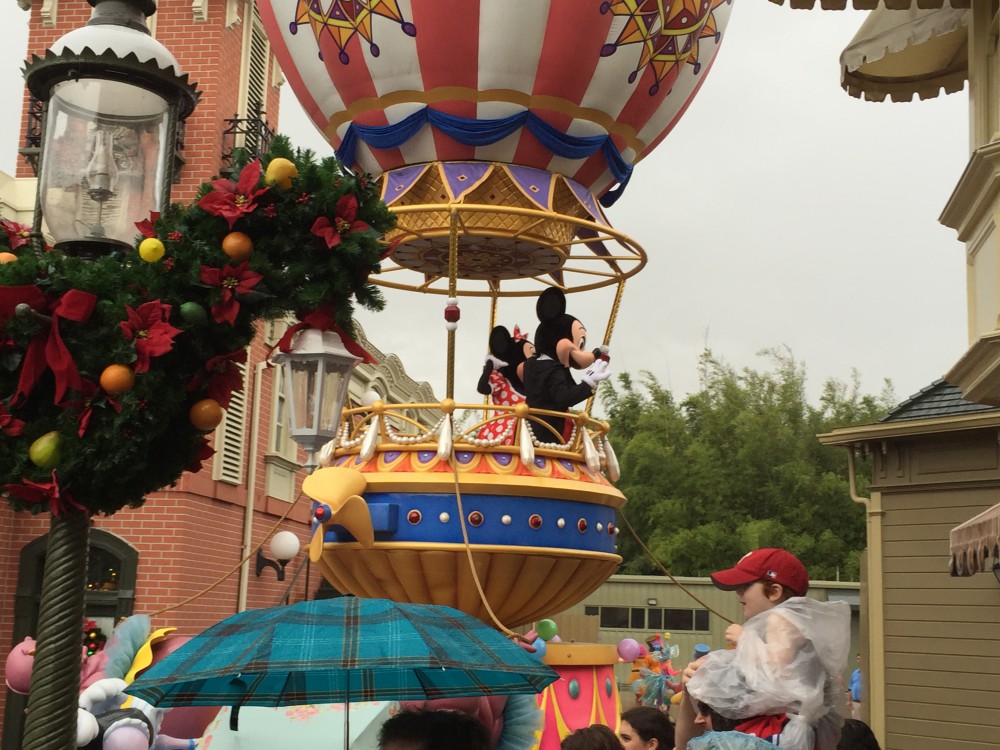 Our days at Magic Kingdom were great and there was more than enough to explore, discover and enjoy. The crowds during the day were reasonable and FastPass+ and free Wi-Fi worked a treat. The park was also decked out for Christmas, which added another layer of stunning detail and atmosphere.

Recommended for anyone and everyone who would like to escape the real world. But I definitely don’t recommend Mickey’s Christmas Party, unless Disney make changes to how they run it.

Check out this cool video of the new Seven Dwarfs Mine Train at Magic Kingdom. You might spot a familiar face. It’s included if you purchase a Disney PhotoPass package.

Be sure to take a look at my other posts about our travels as they go live, or check my previous Travel Adventures posts for the ones already published. If you’re not a current follower, just click the FOLLOW button on the sidebar.

PS: I have no affiliation or relationship with WDW, except that I am a customer and fan.