Finding my next read is always a challenge. I have a TBR list as long as a piece of string and I can never decide which one should be the next ‘must read’. That’s why I regularly refer to the best seller lists on Amazon, Goodreads and the New York Times. I think it’s safe to say that I’m not the only one who has this problem, so I thought it may be useful to my loyal visitors to publish a best sellers list for this week.

Here are the Top 5 Young Adult books in the New York Times list this week.

The Hate U Give 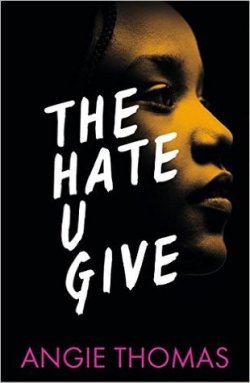 Sixteen-year-old Starr lives in two worlds: the poor neighborhood where she was born and raised and her posh high school in the suburbs. The uneasy balance between them is shattered when Starr is the only witness to the fatal shooting of her unarmed best friend, Khalil, by a police officer. Now what Starr says could destroy her community. It could also get her killed.

Inspired by the Black Lives Matter movement, this is a powerful and gripping YA novel about one girl’s struggle for justice.

Click or tap the book cover to LOOK INSIDE for a sneak peek.
95% of readers on Goodreads scored this 4 or 5 stars. 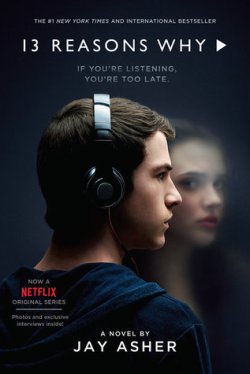 You can’t stop the future. You can’t rewind the past. The only way to learn the secret … is to press play.

Clay Jensen doesn’t want anything to do with the tapes Hannah Baker made. Hannah is dead. Her secrets should be buried with her.

Then Hannah’s voice tells Clay that his name is on her tapes– and that he is, in some way, responsible for her death.

All through the night, Clay keeps listening. He follows Hannah’s recorded words throughout his small town … and what he discovers changes his life forever.

Click or tap the book cover to LOOK INSIDE for a sneak peek.
73% of readers on Goodreads scored this 4 or 5 stars. 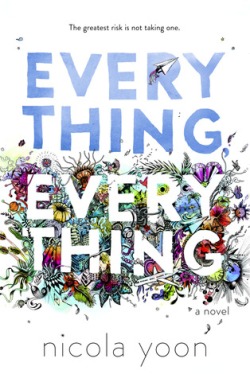 My disease is as rare as it is famous. Basically, I’m allergic to the world. I don’t leave my house, have not left my house in seventeen years. The only people I ever see are my mom and my nurse, Carla.

But then one day, a moving truck arrives next door. I look out my window, and I see him. He’s tall, lean and wearing all black—black T-shirt, black jeans, black sneakers, and a black knit cap that covers his hair completely. He catches me looking and stares at me. I stare right back. His name is Olly.

Click or tap the book cover to LOOK INSIDE for a sneak peek.
76% of readers on Goodreads scored this 4 or 5 stars.

This Is Where It Ends 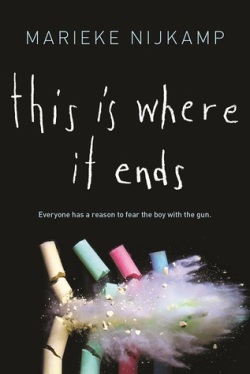 10:00 a.m. The principal of Opportunity High School finishes her speech, welcoming the entire student body to a new semester and encouraging them to excel and achieve.

10:02 a.m. The students get up to leave the auditorium for their next class.

Told from four different perspectives over the span of fifty-four harrowing minutes, terror reigns as one student’s calculated revenge turns into the ultimate game of survival.

Click or tap the book cover to LOOK INSIDE for a sneak peek.
56% of readers on Goodreads scored this 4 or 5 stars. 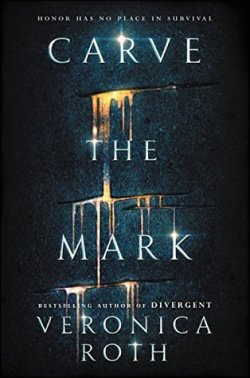 In a galaxy powered by the current, everyone has a gift.

Cyra is the sister of the brutal tyrant who rules the Shotet people. Cyra’s currentgift gives her pain and power — something her brother exploits, using her to torture his enemies. But Cyra is much more than just a blade in her brother’s hand: she is resilient, quick on her feet, and smarter than he knows.

Akos is the son of a farmer and an oracle from the frozen nation-planet of Thuvhe. Protected by his unusual currentgift, Akos is generous in spirit, and his loyalty to his family is limitless. Once Akos and his brother are captured by enemy Shotet soldiers, Akos is desperate to get this brother out alive — no matter what the cost.

The Akos is thrust into Cyra’s world, and the enmity between their countries and families seems insurmountable. Will they help each other to survive, or will they destroy one another?

Carve the Mark is Veronica Roth’s stunning portrayal of the power of friendship — and love — in a galaxy filled with unexpected gifts.

Click or tap the book cover to LOOK INSIDE for a sneak peek.
62% of readers on Goodreads scored this 4 or 5 stars.

One thought on “This Week’s Top 5 Young Adult Books”