DIVIDE AND CONQUER by Carrie Ryan  ★★★★★

Goodreads Blurb
Dak, Sera, and Riq might be in over their heads when they attempt to stop a Viking invasion!

Hundreds of ships carrying thousands of warriors are laying siege to medieval Paris. The Parisians are holding their own, but the stalemate can only last so long. And that’s bad news — especially since Dak has been captured, forced to work alongside the Vikings while Sera and Riq defend Paris from within. No matter which side wins, the kids lose!

Divide and Conquer (Infinity Ring #2) is a great story that I liked even better than book 1.  Our heroes, Dak, Sera and Riq return in a great adventure that is full of action, heroics and suspense.

In this instalment the gang find themselves in Paris in 885 at the very time that the Vikings are invading.  Their old foes the SQ are also back again, and having infiltrated the Vikings they are leading them into events that will strengthen the SQ for the future. Our heroes need to find the Hystorian and fix the Break before it’s too late, or it spells trouble for the future.

The main characters develop in this story as they learn more about each other and bonds become stronger. In one instance there was a little romance, which takes an unexpected turn as the passing of time has a huge effect. The search for Dak’s parents is an underlying theme in the story, which does progress within this book. I’m sure that the next books in the series will pick up where this part of the story leaves off.

I found the action scenes were vivid and I could easily visualise the settings and hear the battle cries. Although, the vision of the Berserkergang could leave me scarred for life (read it and you’ll know what I mean :)).  I’m a huge fan of Paris, and after reading this, I’m glad I’ve visited modern Paris, rather what it was like in 885.

My bottom line is that this book is a great read which is better than the first in the series.  I enjoyed the vivid details, action and growth of the characters. I’m looking forward to reading the next in the series.

(Here’s a tip: My NewsFlash is different to following my blog) 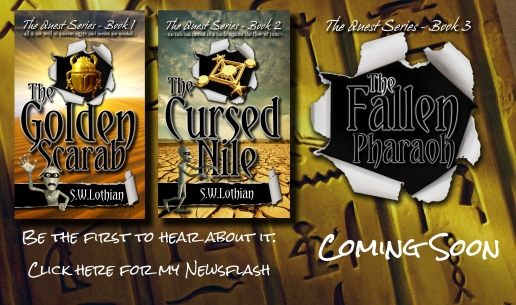