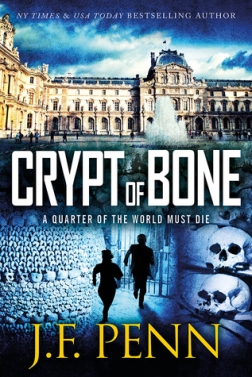 The prophecy in Revelation declares that a quarter of the world must die … And now a shadowy organization has the ability to fulfill these words. Can one woman stop the abomination before it’s too late?

ISRAEL. A victim of Jerusalem Syndrome jumps to his death from the top of the Western Wall, his body smashed on the ancient stones. Another disembowels himself under the scrawled figure of the Pale Horse of the Apocalypse with the chilling words, “God told me to do it.”

Dr Morgan Sierra travels to Israel to investigate the deaths and becomes embroiled in an international conspiracy that will use cutting-edge technology to carry an ancient curse to mankind, and threaten those she loves.

Morgan joins agent Jake Timber at ARKANE, a secret government agency investigating the supernatural. Together they must hunt down the Devil’s Bible, pursued all the way by the evil forces of Thanatos.

From the catacombs of Paris to the skeletal ossuaries of Sicily and the Czech Republic, Morgan and Jake must find the Devil’s Bible and stop the curse being released into the world before one in four are destroyed in the coming holocaust. Because in just seven days, the final curse will be spoken and the prophecy will be fulfilled.

Crypt of Bone is the second book in the Arkane series by J.F. Penn. It picks up some time after the conclusion of book one. Dr. Morgan Sierra is joining the ARKANE agency as an investigator of supernatural phenomenon with a religious focus. The first thing that I noticed was how it reminded me of the first book. Not in a plot way, but in the way that it jumped from one setting/story to another. It does take quite a while before each sub-plot is linked.

Each setting is almost like a different book, so just as I got into the characters of a story then I was whisked out and into another one. I found it difficult to keep tabs on who was who, who was bad, and what was going on … until a point (a little after 25%) where the links were clarified and I could relax. If you can stay focused until that point, then you’ll enjoy the book, as long as you don’t mind a storyline that deals with humanities apparent morbid fascination with dead bodies, bones, and mysterious and powerful ancient artifacts.

There were some nasty characters in the story. Natasha was perhaps the most repulsive. She had no conscience and seemed to love doing things that normal people would find horrific. She’s definitely an enemy to steer clear of.

This was a good thriller. It was well researched and the main characters were believable and not over the top. IMO, Morgan Sierra is like a female Langdon (The Da Vinci Code) who is tasked with solving the world’s great religious mysteries.

A great thriller that has a healthy dose of action and intrigue. I’ll definitely read the next in the series. Just be ready for the influx of multiple sub-plots and characters early on in the book. Once you get your head around them, all will be good.

Check out my review of the first book in this series, STONE OF FIRE –> HERE.

If you’re keen to know more, then click below
to head on over to J.F. Penn’s website. 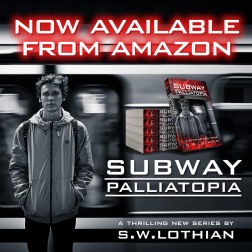 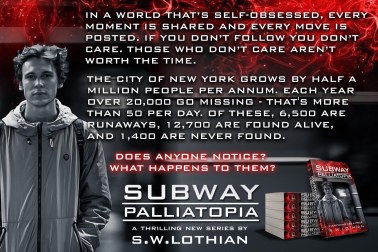