So … this is a really self-indulgent spur-of-the-moment post that’s short on content but big on content at the same time. As with most people in the bookish world, I’m a huge J.K. Rowling fan and she has been the single biggest inspiration and role model as a writer. I have a little story to tell.

Rewind a little over 24 hours and I’m sitting on my couch flicking through my Twitter feed (as you do) and J.K. tweets some news about what she’s up to.

“I’m editing #LethalWhite (Strike no. 4) right now and it’ll be out later in the year.”

Hmmm… I think… that’s brilliant news – I love the Cormoran Strike series. So I retweet with a few of my own simple words added… “I’m loving this news.”

So … time starts to pass (as it does), then a short time later I pick up my iPad to check Twitter again (as you do) … then it happens. A Notification pops up in living color…

Luckily, I was sitting on the couch at the time, I started to hyperventilate and tried to contemplate what had just happened. J.K. liked my tweet. In a world of 7 billion people, she liked my tweet. It’s a fact – I’m now just one degree of social media separation from the most influential person in my writing, ever. I stood and ran to my kids like a fanboy and told them the incredible news. They (as usual) smiled and looked at me like I was an alien … “Great job, Dad. Well done.”

So, I rushed back to the couch to check the tweet again and send the response that I was sure she was waiting for (as anyone would). “OMG …I’m hyperventilating @jk_rowling … you liked my tweet … OMG again” 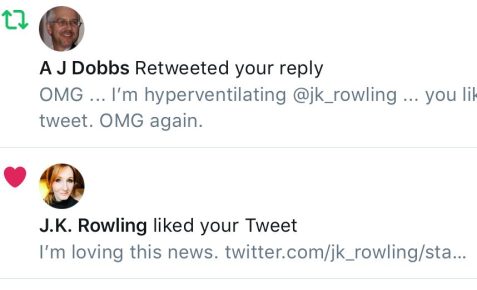 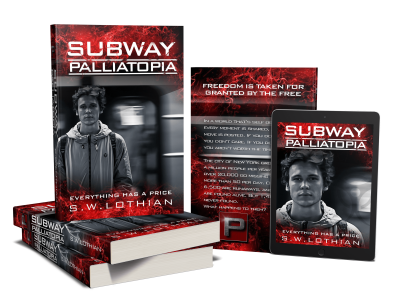