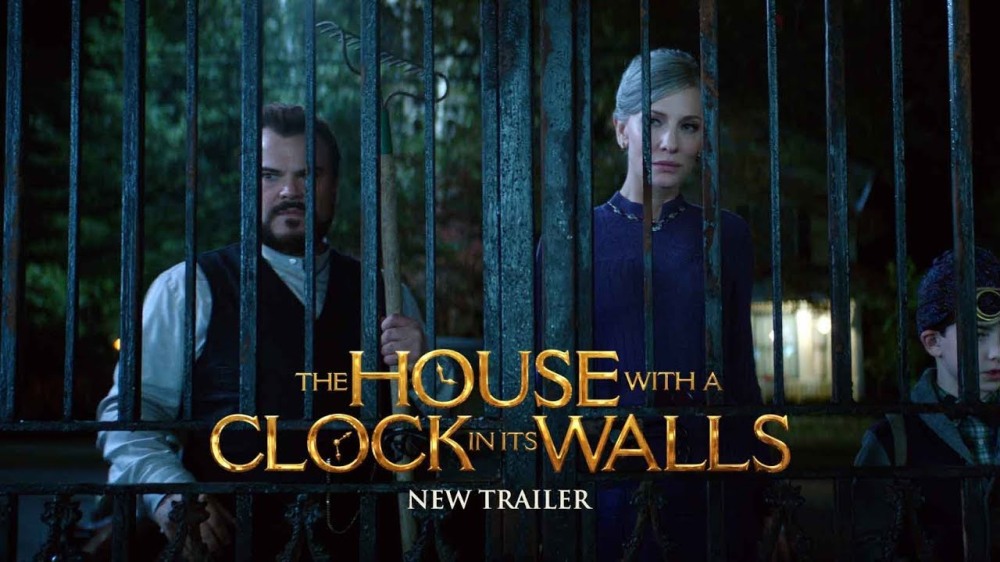 The first time I saw this clip it pretty well hooked me to see the movie. The House With a Clock in the Walls movie is based on a 1973 novel by John Bellairs. It seems there is hope for authors who dream of their books becoming movies, given that it took 45 years for this one to make it to the screen.

The cast is full of well-known actors, such as, Cate Blanchett, Jack Black, Lorenza Izzo, and Kyle MacLachlan , and it’s directed by Eli Roth, who is responsible for a lot of movies and TV shows that seem to be on the scary side. (  Haunt , Afterlife , AMC Visionaries: Eli Roth’s History of Horror , Baywatch (the scariest in his list) , plus plenty of others)

While the effects in the clip do look impressive, as with any movie, the underlying story must be good to back them up. The premise sounds great. Kid goes to uncle’s house. Uncle’s house is really something magical. Something causes the kid to find the secret. Then the kid needs to fix something. Yes, it’s a pretty standard foundation, but it all boils down to the telling of the story that makes it different to others. I for one am on board to give it a go and I’ll even be adding the book to my humongous TBR pile.

The IMDB blub is (pretty vague) …

A young orphan named Lewis Barnavelt aids his magical uncle in locating a clock with the power to bring about the end of the world.

The Goodreads blurb is (a little better) …

Orphaned Lewis Barnavelt comes to live with his Uncle Jonathan and quickly learns that both his uncle and his next-door neighbor are witches on a quest to discover the terrifying clock ticking within the walls of Jonathan’s house. Can the three of them save the world from certain destruction?

When Lewis Barnavelt, an orphan. comes to stay with his uncle Jonathan, he expects to meet an ordinary person. But he is wrong. Uncle Jonathan and his next-door neighbor, Mrs. Zimmermann, are both magicians! Lewis is thrilled. At first, watching magic is enough. Then Lewis experiments with magic himself and unknowingly resurrects the former owner of the house: a woman named Serenna Izard. It seems that Serenna and her husband built a timepiece into the walls–a clock that could obliterate humankind. And only the Barnavelts can stop it!

My verdict: The trailer is strong and tempts me to want to see more. It’s on my list.

THE TIME SQUARE SERIES BY S.W. LOTHIAN IS A QUIRKY AND PECULIAR TWIST ON TIME TRAVEL 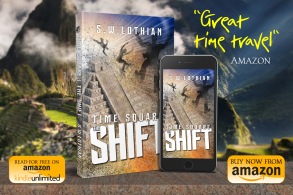 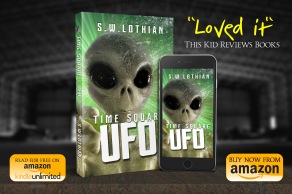