In the trilogy opener, twelve-year-old Lincoln Baker finds himself in a world of trouble! First, Linc’s seemingly harmless prank on a school field trip ends in expulsion and a lawsuit. Then two mysterious figures from a secret government agency called Pandora show up at Linc’s house with a proposition for him.

Turns out Linc looks exactly like one of Pandora’s top kid agents, Benjamin Green, who vanished while on a critical spy mission in Paris. If Linc agrees to take his place, they’ll get him back in school and make that costly lawsuit disappear.

But the mission is a lot more complicated than it seems. A highly valuable copy of the Mona Lisa has gone missing and now Linc must make sure it doesn’t fall into the wrong hands. Too bad Linc isn’t a black belt math genius who can run a four-minute mile like his double, Ben, because he’ll need those skills to make it out alive. . . . [Goodreads]

A nice mix of action and adventure.

Ever since I first saw this book I’ve wanted to read it. So, I waited for ages for the ebook to be available for me here in Australia. No such luck. I finally put an end to the waiting and ordered a paperback copy from the Book Depository in the UK (It was a great deal with free postage). And I have to say that I’m very glad that I decided to  grab a copy, because I loved this book.

Linc is a normal kid, who has a talent for causing mayhem without even trying. One day, his mayhem has some pretty serious repercussions on his family and it looks like everything is taking a dive because of him. Then, everything changes. His uncanny resemblance to a high performing kid spy becomes his ticket to an amazing adventure, and hopefully a solution to the problems he’s brought upon his folks.

Without giving away too much of the plot, Linc embarks on a top secret mission to recover a priceless piece of art that could fall into the wrong hands. Far from the quiet streets of his hometown, he finds himself on a thrilling adventure through Paris solving hidden clues with his new friend, Francoise.

In a way, this book reminded me of a Da Vinci Code for kids, without the murders and dark themes. Just an urgent mission to solve the clues before it was too late. This is one of the most enjoyable books that I’ve read this year. Great job. I’m looking forward to books 2 and 3. 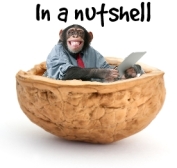 The plot is great. It has a nice mix of action, adventure and a likeable cast. Twists, turns and the suspicion of double agents had me changing my mind along the way as the mystery unfolded.

Want to know more about F.T. Bradley and her books?
Click below to check out more information.

While you’re here, please check out my edge-of-your-seat time-travel adventure series’  by clicking the pic below.