Welcome to my first new monthly rap. In this edition we have the latest news and offers for my great range of books, plus some mini reviews of Star Wars – The Force Awakens, and Tommy Black and the Staff of Light.

As this is the first post of my new schedule, it includes information from January and February.

Since completing the first draft of The Missing Link in 2015 it’s been pretty quiet on the Quest front. I haven’t really done much in the way of promoting the existing books, but I did create an Omnibus Edition.

The Omnibus compilation of all 3 Quest books is exclusive to Amazon and is the perfect way for new readers to catch up on the series in preparation for book 4. New readers should check out the offers section in this rap for details on how to score a copy.

The first draft of the manuscript for the final book in the series, The Missing Link, is currently sitting on my sideboard maturing and waiting to be completed. Hopefully, sometime soon I can pick up Q4 and begin the long task of reviewing, editing, reviewing, editing etc. I’ll let you know more about my release plans once I know them.

Anyone who would like to put their name forward to receive an Advance Review Cop (ARC) of The Missing Link (Q4) to post a review at release time, please mention it in a comment below or get in touch via the Contact Me page.

It’s been a busy couple of months for the Time Square series. During January I set myself a mission to rebrand and redesign the Time Square books, with the aim of attracting a wider audience.  I’m thrilled with the result.

Since unveiling the new brand (above) and exciting new covers for The Shift and UFO (below), I’ve been encouraged by all of  the positive feedback I’ve received. I’m pleased to announce that the new covers are now available on the e-book and paperback editions. If you’re tempted, just click the new covers to secure your own copies. 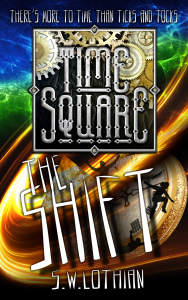 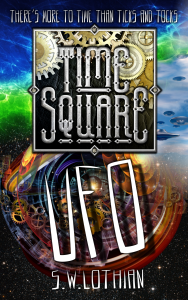 This is my new YA baby, which I’ve been writing since mid 2015. This month I reached 75,000 words of the first draft of book 1, Subway | Palliatopia, and I hope to finish it within the next few weeks.

I know I’m biased, but take note everyone … this series is a winner! I can feel it in my bones.  Without sharing too much, I can reveal that the characters endure a world of hardship, greed and exploitation in dystopian New York City. It’s full of tension and drama, along with heart thumping action and some surprising twists that will keep readers guessing from cover to cover. I can’t wait to finish it.

Potentially, I would like to release this new book mid year, but we’ll see how it goes. With some early cover work already done, I’m also very keen to get stuck into finalising the cover design.

If anyone would like to put their name forward as a Beta reader please mention it in a comment below or get in touch via the Contact Me page. 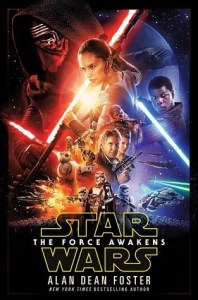 It seems odd to be reading a Star Wars book. I’ve never read one before. Since I was a kid, Star Wars has just been epic movies, never books.

So, after seeing the move – which I loved – I decided to try the book. Unfortunately I found the first third a bit hard to follow in places. I needed to read and reread to keep tabs on the plot and digest the descriptions of characters and settings. The book did improve as the story progressed and it does have some extras the movie didn’t (eg. insight into Leia’s thoughts).

In a Nutshell  |  The movie is way better than the book. 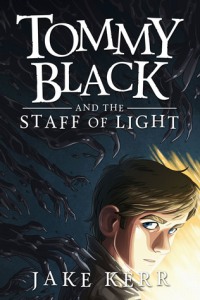 TOMMY BLACK AND THE STAFF OF LIGHT

Without doubt it was the cover of this book that grabbed me (it’s awesome). Add the promise of a new hero on his first adventure and I was hooked.

Tommy’s life is changing and this tale is the start his journey to find answers to a hidden past. It’s one of those stories where there is a lot of doubt as to what’s real and what’s illusion. It’s a challenge for the reader to know who to trust. The Staff of Light is a fun adventure-filled start to a series that I’m sure its target readers will devour.

In a Nutshell  |  A promising series.

This month’s offer highlights the availability of the Omnibus Edition of the Quest series. It’s offered at a great saving of 37% below the price of buying the books individually, and is the perfect way to get ready for the forthcoming final book, The Missing Link. Here’s a little bit of nostalgia that’s also in the now.  #timetravel