FANTASTIC BEASTS AND WHERE TO FIND THEM 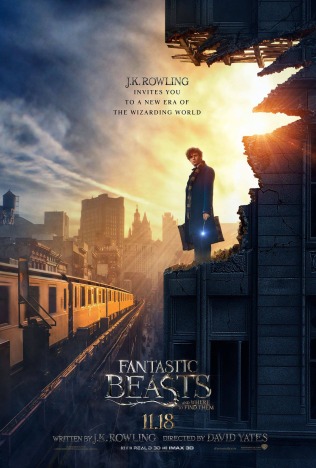 The adventures of writer Newt Scamander in New York’s secret community of witches and wizards seventy years before Harry Potter reads his book in school. – IMDB

Last night I had the pleasure of seeing Fantastic Beasts and Where to Find Them. It was the day of release, so I didn’t waste any time – I had to see it after waiting soooo patiently. I saw it Gold Class to make sure that I was super-comfy, reclined, feet up and fed well for my trip to 1920’s New York.

Being a Harry Potter fan I was destined to enjoy it. It’s a natural progression. The thing that I wasn’t sure about was whether what I expected would be delivered. HP fans have high expectations. We have many years of books and movies that have built the wizarding world into something that is beyond any other book series or movie franchise.

I’ve read the books many times, seen the movies many times, visited Hogsmeade and Diagon Alley in Orlando a couple of years ago, and Hogsmeade in Los Angeles just last month. My Beasts book is on pre-order – I’m expecting it to turn up on my iPad any minute now. When it does arrive, it will be hard to resist stopping life and reading it.

All of this built up fandom needed to be quenched by the first movie of this new wizarding series. It has been years since a new HP related movie, and it’s amazing how much I’ve missed them. Although I tried not dwell on it, I know my expectations were high. Trailers and social media over the past year had already given me a peek at what was in store. It looked good, so I expected brilliant. Anything less would be a disappointment.

So, the verdict … Incredible. Magical. Enthralling. The whole movie is visually stunning. The 1920’s New York setting is so wonderfully done. It’s a totally different world to what we have seen in Harry Potter – London wasn’t the biggest star in HP, but New York is definitely a star in FBAWTFT. The streets and buildings are rich with detail. The people, the clothing, the cars – everything is brilliantly done. The settings are incredible, especially the amazing world inside Newt’s magical case. I can only imagine how incredible it would be to go inside and wander amongst the beasts.

The characters were wonderful and the casting was perfectly executed. Newt Scamander (Eddie Redmayne) is a gentle and unassuming man, Porpentina (Tina) Goldstein (Katherine Waterston) is sweet and believable, Jacob Kowalski (Dan Fogler) is the likable un-mag who is caught up in the magical mayhem, Queenie Goldstein (Alison Sudol) was quirky, warm and endearing – a stand-out favourite character that I’m sure will become one of the most memorable, Percival Graves (Colin Farrell) is an enigma – is he good or is he bad, Credence Barebone (Ezra Miller) is a troubled man whose resemblance to Cedric Diggory with a dodgy haircut (IMO) was spooky. I could go on but I don’t want to list the whole cast. 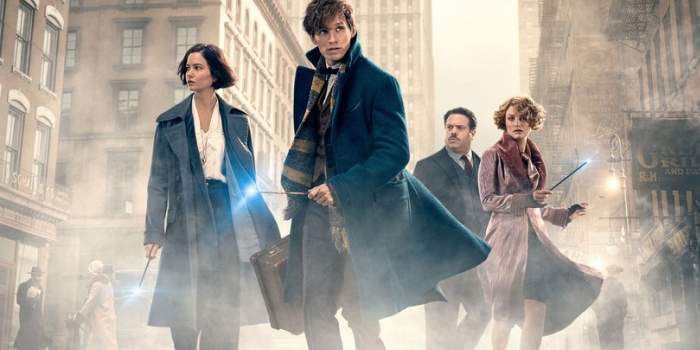 FBAWTFT is a wonderful start to what promises to be an amazing new series. It’s the perfect way for J.K. to expand and build on the magical world she has created, without interfering with the magic of Harry Potter. It’s going to be hard to wait for the next movie, but us muggles/un-mags will have to be patient. The upside of this is that we are at the beginning of the journey, not the end. There’s plenty more Beasts in store for us. You’ve got to be happy with that.

See what I thought of the book HERE .

Make sure that you FOLLOW MY BLOG to keep updated on when my new book, Subway | Palliatopia will be released.  It’s a perfect read for fans of The Hunger Games, The Maze Runner and The 5th Wave. 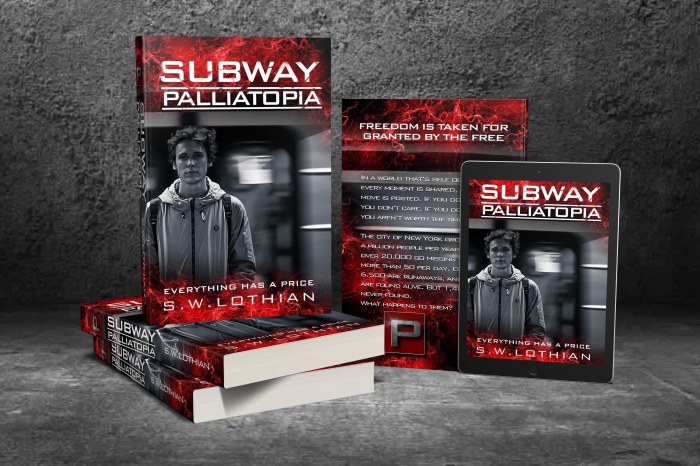